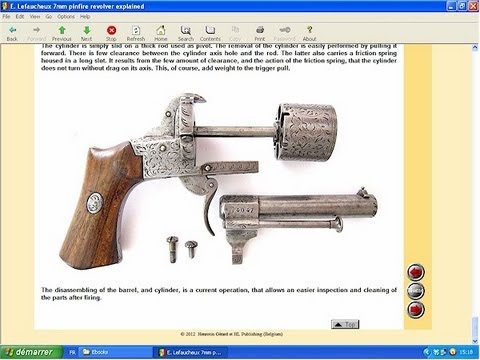 Recent changes:
If you encounter problems with the images not showing off, go to the Parameters of your device and select "APPs". You will find there, the list of all the APPs available in your phone.
Click on the APP concerned by the problem, and, in the "storage" section, suppress data and cache.Then, come back to the APP parameters and select the "Permission" section ("no permission allowed" should be mentioned). In that section activate the "Storage" option. Run your APP again.
Show full description Hide full description
action barrel belgian belgium breechblock casimir compared cylinder dismounting ejection eugène grip hammer lefaucheux marking mechanism model patent pinfire revolver rod spring studs trigger variation