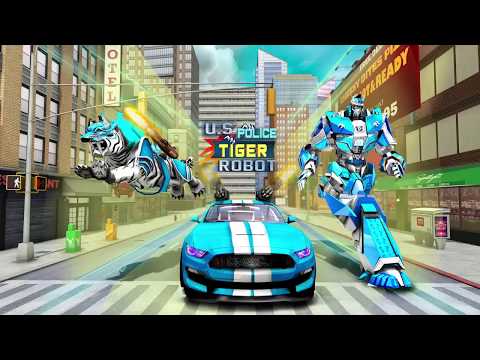 Robot Game with a twist of tiger robot car game.