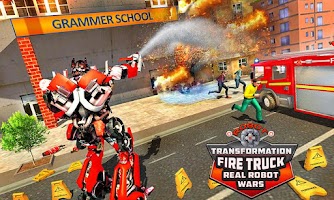 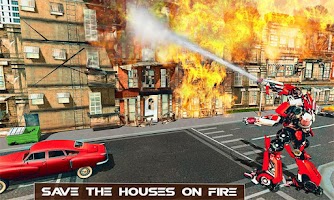 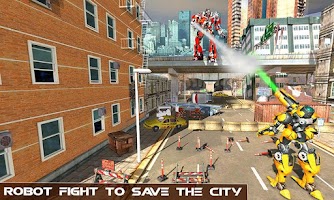 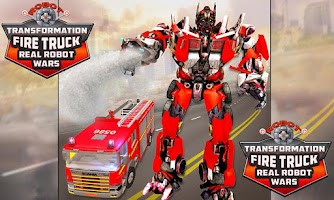 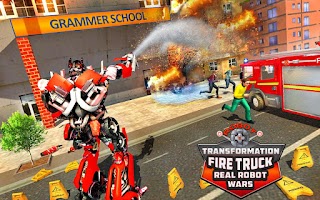 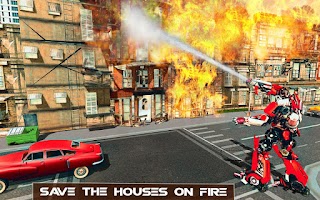 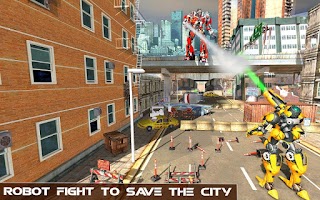 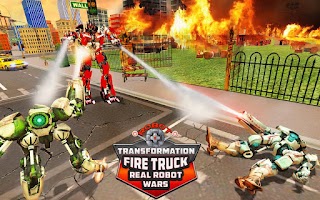 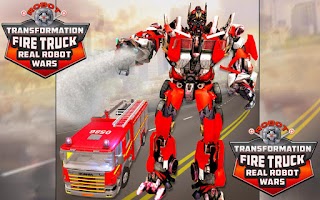 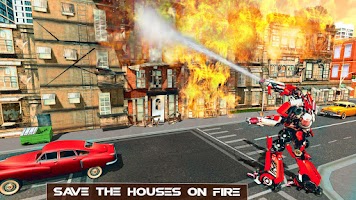 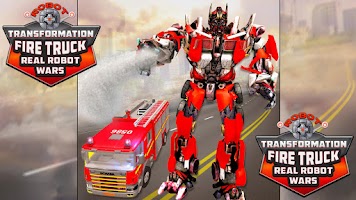 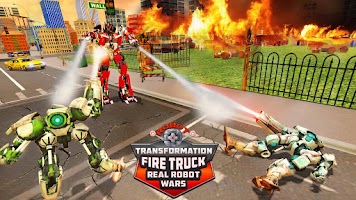 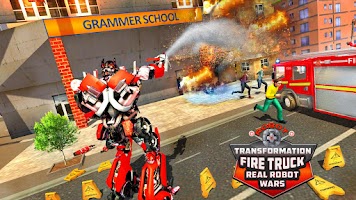 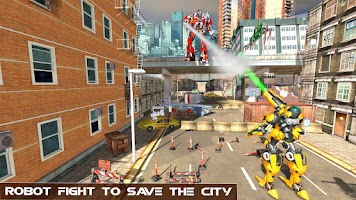 Evil robots are destroying the super city!
They have guns that blowout fire in the city, they are boiling the buildings and houses, and they want to occupy the attractive modern city. They want to transform the modern city into a destructive and detrimental place. There is need of a super real robot to fight in these kinds of fire wars for the survival missions of innocent citizens; evil robots are killing the lives of citizens. Be there to prove yourself as a robot transport by driving fire truck. People are waiting for your arrival, so that you can extinguish fire from their buildings and houses to make the city into a futuristic place.
If you want to play the real robot firefighting games then this Robot Transformation Fire Truck: Real Robot Wars 3D game is one of the best fire truck game for you, this 3D transforming truck and real robot transformation game is just one click away from you. This Robot Transformation Fire Truck: Real Robot Wars 3D game allows you to play various transformation missions to extinguish fire from the city as a real robot fireman. You as a transforming truck will drive the real fire truck in the city to find the defected places. Boys and kids love to play firefighting robotic games in 3D simulator, as it contains not only fighting but crazy real robot firefighting missions to rescue the city from evil entities. This Robot Transformation Fire Truck: Real Robot Wars 3D game has multiple dynamic features to explore, transforming truck by driving the fire truck to the destined place, play with the 3D transforming truck, fire truck, water splash control, bullet attacks by using gun machines in this arena to kill the rivals and prove yourself as a best firemen in the city. Be vigilant robot fireman and firefighter to accomplish all the crazy super missions in this fire truck game. Enjoy the real robot transformation into a transforming truck to extinguish fire from buildings and houses. Kill the rivals and robots in this fire truck transformation game of 3D simulator.

Discover the action packed adventures of real robot transformation to become the fireman driver and firefighter in the 3D city. You have to be vigilant fireman to accomplish all the fire truck missions as a real fireman in this fire truck game of 2D simulator. This 3D real robot transformation game is the mixture of fire truck driving and real robot fighting of 3D simulator. Become the fireman in this super futuristic war to wipe out the rivals from your super grand city. Accomplish all the robot transport missions to save the 3D modern city, You will be rescue the city people from fire as real fireman brigade of the city, perform your duty as a real fire truck, and utilize the super powers of transforming into a firefighter truck to be at the fire place in minimum time. You will battle in this fire truck game as a fire transforming truck to accomplish thrilling firefighter adventures successfully.
In this Robot Transformation Fire Truck: Real Robot Wars, adopt the best strategy and plan to win the war, look out for the defected place or building by driving fire truck in this modern grand city arena, to be there in time become a transforming truck to find the allocated fire place as soon as possible to recuse the people successfully. , you have to be careful while driving they may attack you with super machine guns in this 3D adventure. Be alert and attack them with your super guns to survive in this ultimate war. Fire truck has the most reliable driving controls, be the best vigilant fireman in this Robot Transformation Fire Truck: Real Robot Wars 3D simulator of 2018.
*Game features*
1. Thrilling rescue missions to save the city from fire
2. Transformation into a real firefighter truck in this fire truck game
3. Real robot wars in HD gameplay
4. Realistic sound effects and stunning game environment
5. Download Robot Transformation Fire Truck: Real Robot Wars for free
6. Easy and smooth controls to drive the firefighter truck
Show full description Hide full description
accomplish city defected driving evil extinguish fire firefighter fireman game guns kill missions modern place real rescue rivals robot simulator super transformation truck vigilant wars